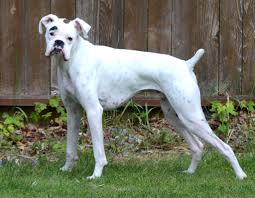 Show Dog Breed Appreciation—Why the Boxer is So Popular

History and Health IssuesAs show dogs, boxers are an extremely historic breed. They were often bred as patrol dogs and were tasked with watching over people and property alike. In this capacity, they served extensively during World War One. The boxer was first recognized as an official breed by the American Kennel Club (AKC) in 1904. However, since that time, the standards for the breed have changed somewhat. Over time, the measure of an “ideal” show boxer has evolved to include a more heavily raked back and narrower hips. While some people find this attractive, it does have negative health ramifications for the dogs. Boxers are known to have back issues and hip dysplasia due to the more extreme breeding trends which have become popular in recent decades.

Physique Another evolution pertains to the ears and tail. Traditionally, a show boxer was required to have cropped (cut) ears and a docked tail. However, while modern judging still severely penalizes an undocked tail, judges are now more accepting of natural ears.