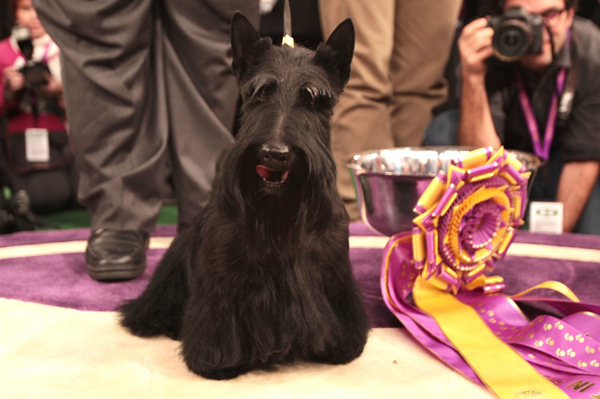 The Five Most Common Breed Winners at Westminster

Each year, the title of “Best in Show” is awarded to a dog chosen as the winner of the Westminster Kennel Club Dog Show. The title has been awarded every year beginning in 1907 except for in 1923, when changes in the American Kennel Club rules prohibited mixed breed judging until members could agree on a uniform process. One of the most coveted honors in dog showing, the prizewinning dog gets to go home with the esteemed title and a cash prize. However, some breeds win more often than others—much more often, as it turns out. The below breeds have won “Best in Show” more times than other dog breeds to have competed in the Westminster Kennel Club Dog Show.